Love Your Cuddlesome Pups–the Problem of Our Mismatched Lifespans

Wow, my dear, old Casey would have been twenty years old today!

Twenty years with such a companion seems too short, and yet she only lasted fifteen, which is a generous span for a dog.

Such reflections always put me in mind of these words by Konrad Lorenz, from Man Meets Dog: “When god created the world, he evidently did not foresee the future bond of friendship with the dog 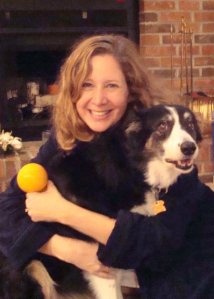 , or perhaps he had definite, and, to us, inexplicable reasons for assigning to the dog a span of life five times shorter than that of his master. In human life there is enough suffering–of which everyone gets his share–when we come to take leave of someone we love, and when we see the end approaching, inevitably predestined by the fact that he was born a few decades earlier than we ourselves we may well ask ourselves whether we do right to hang our hearts on a creature which will be overtaken by senility and death before a human being, born on exactly the same day, has even passed his childhood; for it is a sad reminder of the transience of earthly life when the dog, which a few years ago–and it seems but a few months–was a clumsy cuddlesome pup, begins to show unmistakable signs of age . . .”

“Certainly the death of a faithful dog which has accompanied its master some fifteen years of his life’s walk brings with it much suffering, nearly as much as the death of a beloved person.”

He goes on to add what struck me as two important points. One, we must have the courage to pay for life’s pleasures with the coin of sorrow. And two, remember that we’re blessed by the similarity the dog of one breed will have with others of the same breed. They’ll never be identical (not even if cloned), but a dog of the same breed will soon come to occupy a similar place in your heart, and so comfort you. Therefore, the cure for grief, he says, is the axiom, “Same breed, as soon as possible.”